As the United Nations considers listing the Great Barrier Reef as a World Heritage site ‘In Danger’, Minister Ley has to decide whether to approve Clive’s coal mine just 10km from the Reef near Ogmore.

If ever there was a time for the Australian Government to reject a coal mine, it is NOW.

The Government appointed expert scientists have warned about the project’s serious impacts on the Reef.

The Queensland government has called for the project to be rejected.

Many in the Central Queensland community don’t want this coal mine which will threaten the Reef and the tourism and fisheries businesses that depend on it.

Right now, the world is watching Australia as Minister Ley defends her management of the Great Barrier Reef. Last month, she said our Reef is the “best managed Reef in the world.” Now is her chance to show it.

Join us as we call on the federal Environment Minister to listen to the expert scientists, listen to the Queensland government and take heed of the warnings of the United Nations.  We call on Minister Ley to protect our Reef and refuse this coal mine. 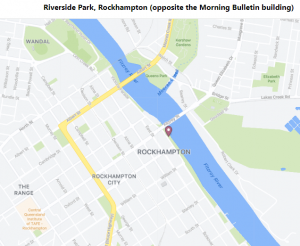