Posted on 10 January 2021by Coordinator 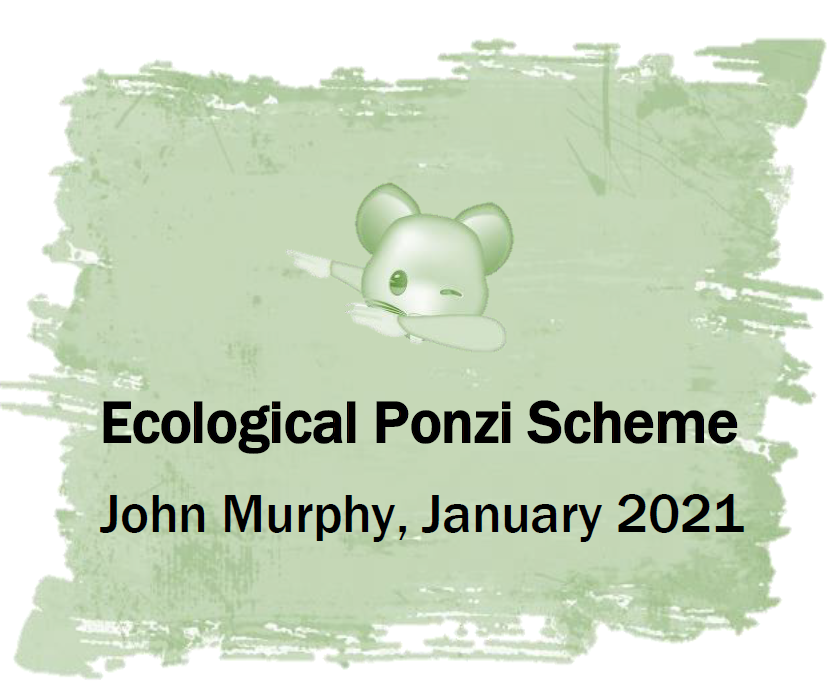 Scientists describe an ‘ecological Ponzi scheme’ in a scathing paper

The world faces a ghastly future, threatening the survival of all species, unless urgent and decisive action is taken to slow climate change and biodiversity loss, an international group of 17 leading scientists says.

It says all these events are tied to human consumption and population growth and demonstrate the near certainty that these problems will get worse over the coming decades, with negative impacts for centuries to come.

Professor Paul Ehrlich of Stanford University says no political or economic system, or leadership, is prepared to handle the predicted disasters.

“Stopping biodiversity loss is nowhere close to the top of any country’s priorities, trailing far behind other concerns such as employment, healthcare, economic growth, or currency stability,” he said.

“Humanity is running an ecological Ponzi scheme in which society robs nature and future generations to pay for short-term economic enhancement today.”

The study’s lead author Professor Corey Bradshaw of Flinders University in Adelaide said humanity was causing a rapid loss of biodiversity and, with it, the earth’s ability to support complex life.

But he said most people had difficulty grasping the magnitude of the losses and the dangers ahead.

“In fact, the scale of the threats to the biosphere and all its life forms is so great that it is difficult to grasp for even well-informed experts,” he said.

“The problem is compounded by ignorance and short-term self-interest, with the pursuit of wealth and political interests stymieing the action that is crucial for survival.”

Professor Dan Blumstein from UCLA said the scientists were choosing to speak boldly and fearlessly because “life literally depends on it”.

“What we are saying might not be popular, and indeed is frightening,” he said.

“But we need to be candid, accurate, and honest if humanity is to understand the enormity of the challenges we face in creating a sustainable future.”

The study examined the impact of a carbon dioxide concentration of 900 parts per million (ppm) on mice.

The earth’s current C02 concentration is around 400 ppm.