Posted on 18 March 2022by Coordinator 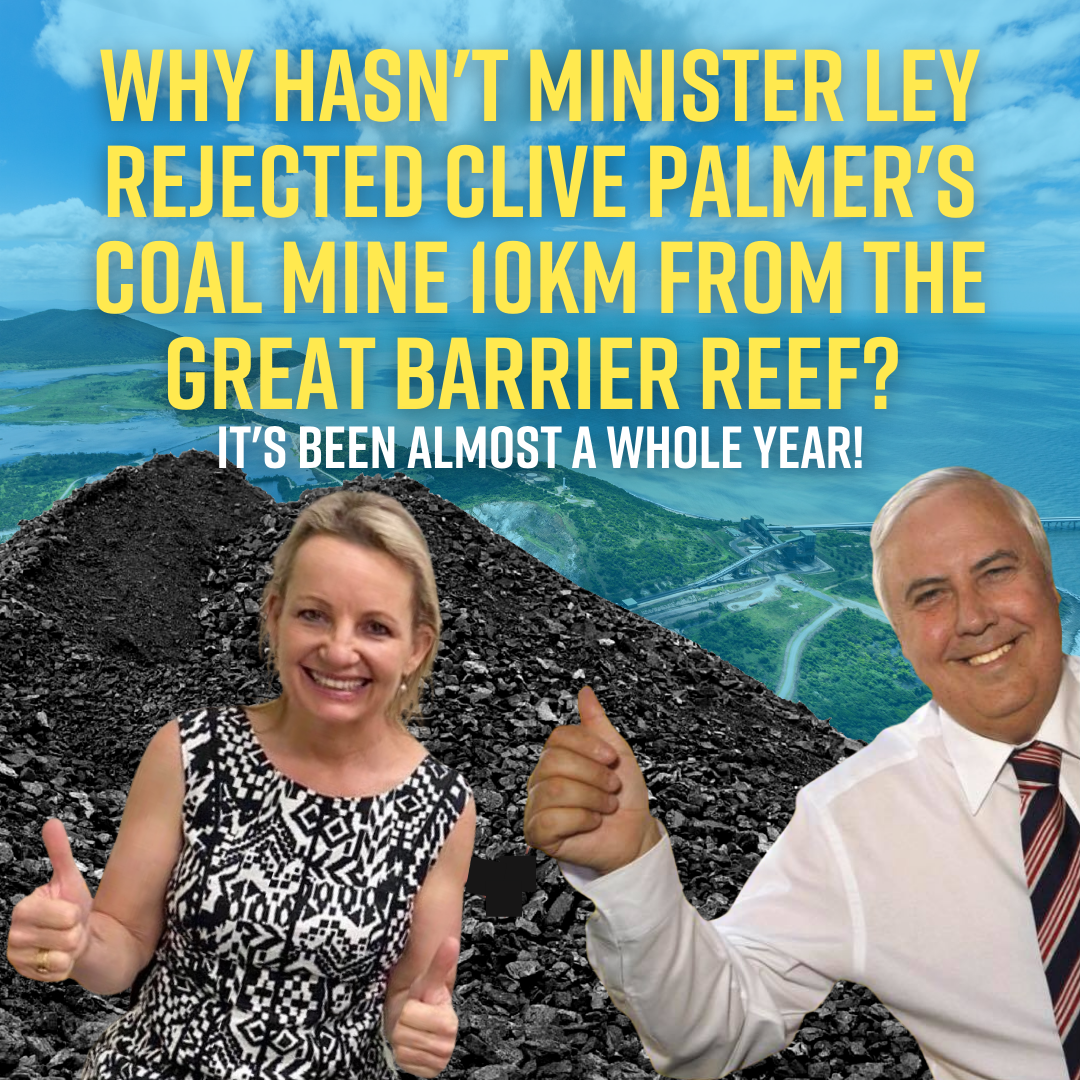 With new reports revealing the Department of Defence has raised concerns with Clive Palmer’s Central Queensland Coal project, part of which overlaps defence land intended for military training, Capricorn Conservation Council is calling on the Federal Environment Minister to act swiftly and reject the project. The reasons for the Minister to reject this coal mine continue to grow.

The Minister will be hosting a UNESCO Monitoring Mission tour of the Reef next week as part of the Minister’s push to keep the Reef off the World Heritage In-Danger list.  Her overdue decision on this dangerous coal project is the elephant in the room.

The Central Queensland Coal project is just 10km upstream of the Great Barrier Reef World Heritage Area.  Expert scientists and the Queensland Department of Environment and Science have warned about the impacts this mine would have on the Reef, concluding that it should not proceed.

Dr Coral Rowston of Capricorn Conservation Council said, “It’s been almost a year since the Queensland Department of Environment said Clive Palmer’s coal project was “not suitable” to proceed.”

“The experts have said that the proposal presents a number of unacceptable risks that cannot be adequately managed or avoided, mostly because the location of the project being so close to the Reef, nationally important wetlands, Queensland’s largest Fish Habitat Area and within a locally significant catchment.”

“The scientists say no, Queensland says no, the local Reef community says no and now the Defence department have raised significant environmental and security concerns.  The reasons to refuse the project are now towering over the Environment Minister and yet she is still putting off this decision.” “We are calling on Minister Ley to listen to experts, stop delaying this decision and immediately refuse this dangerous coal project on the Reef coast,” Dr Rowston concluded.